Govt Monetization of Marriage…. Try, Entrepreneurship or Home Business Instead!!! 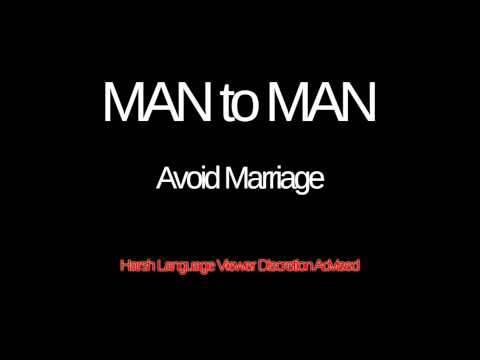 “Marriage is a contract but, admitting it means the institution is really a business” …Vaurn James

Times are tough and if, an Oxygen Tax could be implemented governments at all levels would be charging us a fee to breathe; however, the cost benefit analysis wouldn’t be advantageous for generating revenue if, your clientele suffer from Anoxia (die from suffocation), I think, I am light-headed, right now. Now, oxygen remains free for now; however, man’s other form of oxygen or more accurately, carbon dioxide (NEVER ingest because you know the outcome) the female provides an ideal opportunity for the extraction of a man’s resources via his ultimate commitment in life known as tying the noose… I mean knot, i.e., better known as marriage.  Yes, it’s an institution and confirmation it’s a bloody nuthouse.  Hey, Gene Simmons of Kiss said it best, “the biggest financial pitfall in life is divorce and the biggest reason for divorce is marriage”.  Not a very wise investment by signing a contract that mixes business w/pleasure.

“What About Love”, as per Ann Wilson, “Dreamboat Annie” & Nancy Wilson of the Rock & Roll sister act group known as Heart.  Forget it, love is a bonus, if you have it in your relationship but, marriage is and always has been a business contract.  If, you doubt it then, ask any attorney who can recite the old saying, “litigation is the basic legal right, which guarantees every corporation/business its decade in court”.  Clearly, a quick, easy and amicable divorce is not profitable for attorneys, courts and the economic mercenaries who initiated the proceedings.

Nothing like having access to your former partner’s 401K, IRA and/or Life-time alimony as a parting gift.  Property Distribution Laws in theory are about equitable division of assets and resources earned during the marriage; however, the concept of Standard of Living has led to essentially lifetime alimony even after the marriage.  Imagine being responsible for ensuring your ex’s standard of living is commensurate or even better than your own despite, forfeiture of 50% of your accumulated wealth.  Sounds like governmental incentivized dependence on a system that promotes continued litigation and no accountability for eventual, financial independence.  Charles Dickens was accurate when he said, “the one great principle of the English law is, to make business for itself”.  "It's just as easy to love a rich man as a poor man", yeah, right.  With marriage being a significant source of revenue for government then, it’s time to look at the institution from a pure legal and cost-benefit analysis which is more honest.

Yeah, with a 50% divorce rate and women initiating 70% of the divorces, investing in the Institution of Marriage appears to be reserved for the very wealthy, naïve, religious or very stupid.  Fortunately, many of us in the middle-class now recognize that signing a marriage contract results in the automatic forfeiture of half of our goods/properties/assets accumulated during the marriage.  Christ, Asset Forfeiture Laws under the Reagan Administration were more equitable than most divorce hearings but, if you want out the relationship then, you have to pay the ex-wife and her new baby-daddy (Government) a significant portion of your net worth.  Oh yes, alimony, child-support and other monthly maintenance costs are more easily acquired with assistance of feminist judges, mangina politicians, equitable distribution of property laws, gender-bias laws and the social policy, “best interest of children” (consider Parental Alienation).

Alright, we now have a clear picture and Briffaults Law remains staunch and triumphant in its stance.  I recommend that any relationship building on your part should be directed towards entrepreneurship or home-based business.  The benefits are obvious and most importantly, no DNA paternity testing required (Cuckoldry)…you know this is your baby.  “It’s nothing personal but, business is business”. You’ll Lose Respect, today’s fathers are considered to be less than needed because they have no value that enhances the quality of their family’s lives (feminist perspective).

You’ll Lose out on Sex, married men are at the mercy of their wives when it comes to intimate relations and acts of infidelity can trigger divorce proceedings that can cost him more than 50% of all his assets accumulated during the marriage and sometimes into the future.

You’ll Lose friends, once you tie the noose then, contact with your friends decreases dramatically because of familial responsibilities.

You’ll Lose Space, a man’s home is his castle; however, his man-cave is often commandeered by the wife and kids leading to the garage as his only sanctuary

You could lose your kids and your money, with gender-bias laws executed by the Family Court and child custody given to mums 90% of the time with court-ordered child-support then, the risk of becoming a father is evident.

You’ll Lose in Court, The Family Court is often viewed by men as bias against them and only concerned about raping them financially because Title IV-D of the Federal Social Security Act, essential allows judges to increase child-support orders and will receive direct fund matching funds from the Federal Govt.

You’ll Lose your Freedom, At least, if you’re charged with child support that you can’t pay, you can be put in jail – and if you can’t afford a lawyer, you don’t have the right to have one appointed because, according to the Supreme Court, it’s technically a civil matter, never mind the jail time. Fathers and Families found that it’s the men who are jailed rather than women: “A new report concludes that between 95% and 98.5% of all incarcerations in Massachusetts sentenced from the Massachusetts Probate and Family Courts from 2001 through 2011 have been men.

Single Life is better than ever, the value of marriage continues to decline in popularity, while personal freedom has no price and men are increasingly appreciative of it’s importance in maintain their sanity.

Well, the cold and hard reality of marriage is evident and men must make a decision if, they want to risk it all financially, emotionally, psychologically and legally.  I recommend they function like hard-core inbound marketers, who conduct thorough research on a topic and learn everthing about an audience to better provide them quality content that solves the problem of “I, do or I, do not”.